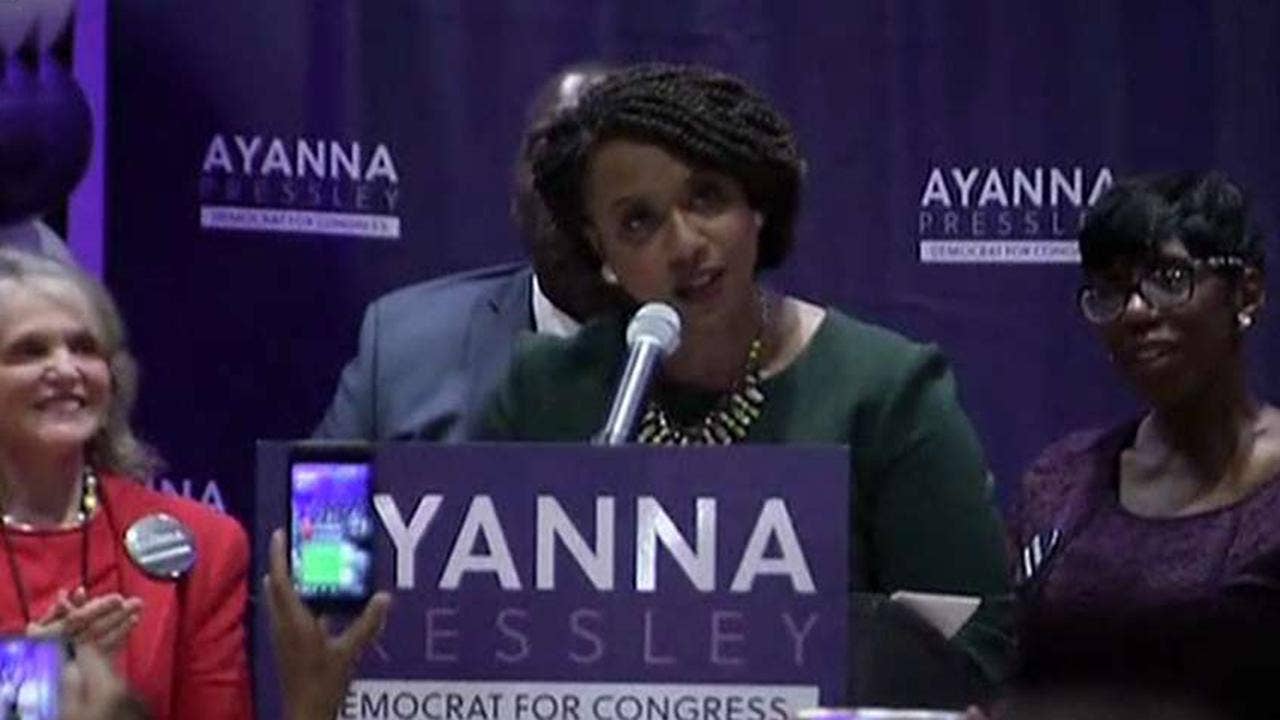 After winning her primary election, Ayanna Pressley became yet another progressive woman who upset an incumbent congressman on her way to make history.

Pressley, 44, upset longtime Rep. Michael Capuano in Massachusetts’ Democratic primary on Sept. 4 – all but ensuring her a spot in the history books as the state’s first black woman elected to Congress. No Republicans are running in the race.

“This is a fight for the soul of our party and the future of our democracy,” she said after her win. “This is a disruptive candidacy, a grassroots coalition. It is broad and diverse and deep. People of every walk of life.”

In her primary campaign, Pressley was endorsed by and compared to Alexandria Ocasio-Cortez, a young Democratic socialist who rose to prominence when she ousted longtime Democratic Rep. Joseph Crowley in New York’s primaries earlier this year.

Like Ocasio-Cortez, Pressley tapped into growing cries within the Democratic Party for newer and more diverse leadership. Capuano, 66, has only served the 7th congressional district since 2013, but had represented the 8th district for 14 years prior.

Read on for a look at what to know about Pressley.

She could become the first black congresswoman from Massachusetts

With no Republican running in the general election, Pressley is poised to become the first black congresswoman from Massachusetts. But she’s said that’s not what her campaign is about.

The last time an upset occurred in a Democratic primary in Massachusetts was in 2014 when Seth Moulton defeated Rep. John Tierney in the 6th congressional district.

Pressley was first elected to the Boston City Council in 2009, becoming the first woman of color to be elected to that legislative body, according to her campaign website.

While on the council, Pressley established and chairs the Committee on Healthy Women, Families, and Communities, a group which addresses public health concerns, particularly pertaining to youth, families, seniors and women. It also addresses domestic and sexual violence, human trafficking, reproductive health and child abuse.

On her campaign website, Pressley notes that she is a survivor, but The New York Times reported that while she focuses on helping others who are victims of sexual assault, she doesn’t talk much about her own experience.

“I’ve just kept going, like millions of people do every day, because life does not allow them to do anything else,” Pressley told the newspaper, adding, “The people closest to the pain should be closest to the power.”

WHO IS JAHANA HAYES, THE CONNECTICUT CANDIDATE WHO COULD MAKE HISTORY?

She has also worked to establish a pregnant and parenting teen policy as well as a sexual health education curriculum for Boston Public Schools, according to her campaign website.

She wants to abolish ICE

Pressley has joined a growing list of Democrats who have called for the abolishment of the U.S. Immigration and Customs Enforcement (ICE) agency – especially under President Trump’s administration. This decision garnered her the support of Maura Healey, Massachusetts’ popular attorney general who has repeatedly sued the Trump administration in an attempt to block certain policies, including on immigration.

“My mother did not raise me to ask for permission to lead.”

“We have to be disruptive in our democracy and our policymaking and how we run and win elections,” Pressley told The Associated Press, adding, “My mother did not raise me to ask for permission to lead.”

Her mom is the catalyst for her campaign

In interviews and campaign materials, Pressley credits her mother for the reason why she got into politics. Pressley was raised by a single mom in Chicago who “instilled in her the value of civic participation,” according to her campaign website.

“Raising me as a single parent, my mother held many jobs. Most of them had to do with the betterment and the achievement of our community and society at large,” Pressley told Elle magazine. “I grew up seeing her active in ministries at our church, with the homeless, as a social worker, with elderly, with youth, as a children’s rights organizer with the Urban League of Chicago. She took me with her to vote in every election.”

WHAT TO KNOW ABOUT MASSACHUSETTS PRIMARY ELECTIONS

“Public service and community organizing and movement building is such a part of my DNA that it’s really hard to separate it. It’s just all I’ve ever known and the only way that I’ve ever really wanted to make a contribution to the world,” she said.

Pressley has worked for other famous Massachusetts politicians

Before being elected to the Boston City Council, Pressley worked for former Rep. Joseph Kennedy II as a senior aide, according to her biography. Kennedy, a Democrat, represented Massachusetts in Congress until 1999. He was succeeded by Capuano.

She also formerly worked for John Kerry, a former Massachusetts senator, secretary of state and 2004 Democratic presidential nominee. According to The New York Times, she was Kerry’s Massachusetts political director during his presidential bid.

And when she ran for city council, Kerry knocked on doors for her, The Times reported.

The Associated Press contributed to this report.