Don’t believe me? Take off the rose colored glasses and then take a real hard look at the reality and evidence for yourselves. People have been battling this issue of cps and the family courts for over 30 years.  They are no further now than they were when they started. Officials in every state have been notified of the corruption and wrong doings and know exactly what is going on, and do nothing. They keep a pack of form rejection letters, already signed and rubber stamped, to send out to you as soon as you send in your complaints.  You, for the most part, are not being heard, and they are not looking at your evidence.  It goes into the trash, unread and un-addressed. 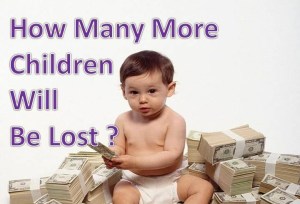 There have been hundreds, possibly thousands of people who filed claims against cps, the courts, to sue – to get their kids back, etc.  Only a handful of people ever have accomplished that goal, and only because they somehow came into enough money to hire a reputable lawyer and could fight them in court.  The majority of us can not do this as the system has already bankrupted and raped most of us.

Even trying to go through the appeals process is stacked against us because it is very costly to even file for an appeal, and is rigged so that if not done correctly, you lose on that alone.  Even if you can do it, maybe once, the appellate court only hears a handful of cases per year and the rest get tossed and you have to start all over again.  Re-file, pay again as they do not refund the fees you already paid for the first filing, only to probably deny it again and again and again until you are broke, the child(ren) age out, or you just give up.

That saying, “You can’t fight city hall” has been proven over and over again to be correct, namely because they have the power, and all the resources of taxpayers behind them. AND, because it is all rigged and corrupt. Who are you going to complain to that is actually going to look at your evidence, hear your complaints, and rule against their fellow crooks and hold them accountable? 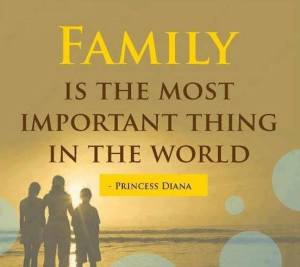 The only reasonable God’s given way that we are ever going to get our kids back is if we stand together, Unite as the American people, with one massive voice and use our Constitution to stop this. We have to vote out that federal funding as it is the root of the corruption.

Stop spinning your wheels, banging your head against that same old brick wall that thousands before you have been banging their heads against for the last 30 + years, and join with one another to tear that wall down.

If you all step outside the box and listen to all these other families about their experiences in the courts and appellate process, and that they never got their kids back, never won any law suits, and lost everything, then maybe you will finally see that doing it the legal way, according to our illegal courts way, is never going to get you anywhere just like it has failed others.

So, either we Unite and Fight together as the people of this country as stated in our Constitution – and take this corrupt system down together, or we keep spinning our wheels and never accomplish anything to our own good, fighting this one case at a time, and starting all over again each time another family is affected.

Please look into what I have said here and see the truth for yourselves and let’s stop moving backwards.  Let’s move forward and kick some Government Butt.

Coming soon . . . the petition to END the Federal Funding that incentivizes states to take our children.

Shut up about separating children from their parents!

Tennessee Attorney Connie Reguli is a hero to many across the country.  That means she is no “friend” of CPS or the courts, so it takes a large amount of bravery to go against a system everyone knows is broken, but does little about.  (Learn much more about her important Read More

Breakthrough fix for CPS in ALL states!

One fix there is no excuse for any state not to do! “Why are more people not concerned about the children and families we destroy in the name of protecting children?” ~Senator Alan Clark  Alan Clark is a State Senator in Arkansas fighting to protect children and STOP child abuse.  Read More